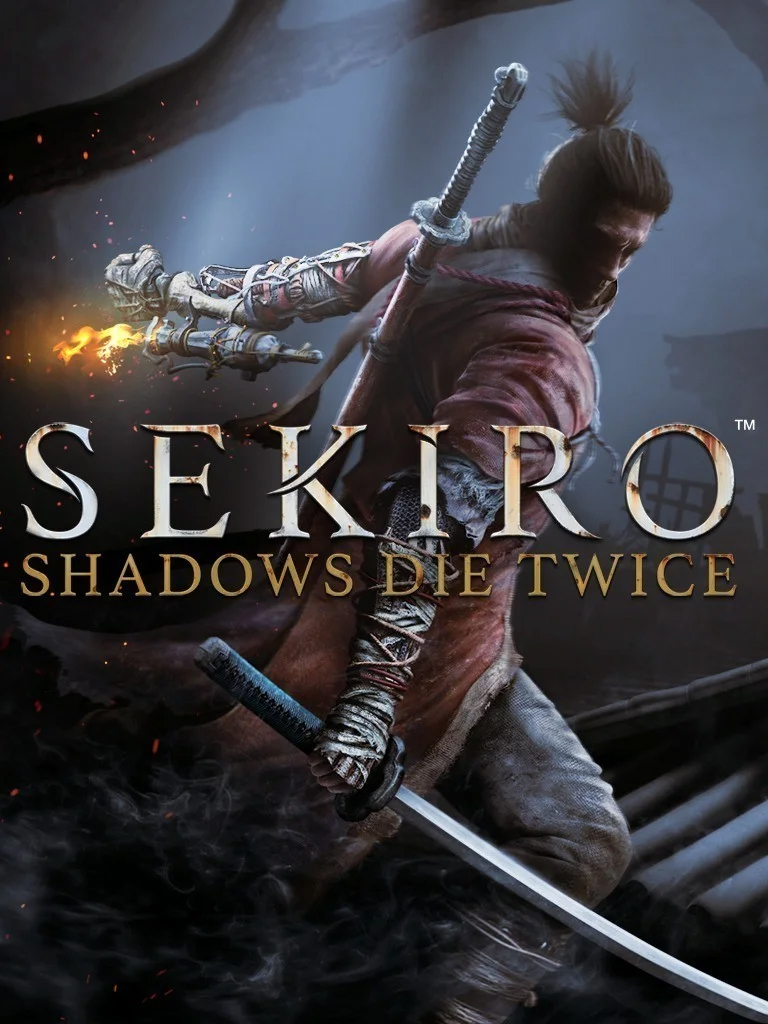 "Carve your own clever path to vengeance in an all-new adventure from developer FromSoftware. Explore late 1500s Sengoku Japan, a brutal period of constant life and death conflict, as you come face 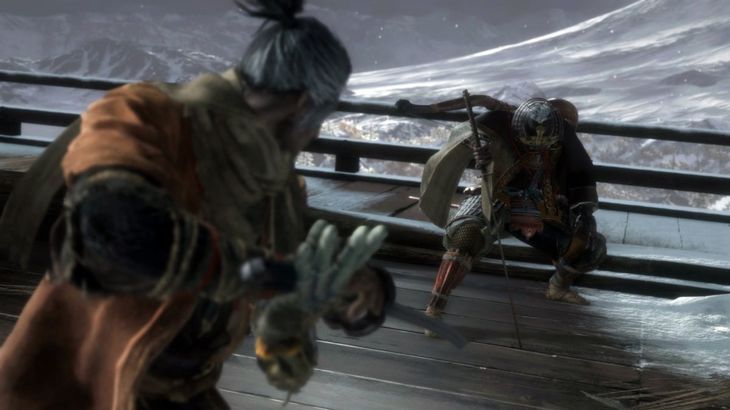 Rumor has it that A Song of Ice and Fire author George R. R. Martin has worked on an upcoming, unannounced game with FromSoftware and Dark Souls creator Hidetaka Miyazaki, and now some Reddit users believe they’ve found clues about it hidden in the game files for Sekiro: Shadows Die Twice.As GamesRadar+ reports, modder TKGP spotted a curious path in Sekiro’s material configuration files. The path points to a folder titled “GR,” which TKGP reckons is short for “Great Rune,” the codename for FromSoftware’s upcoming title. 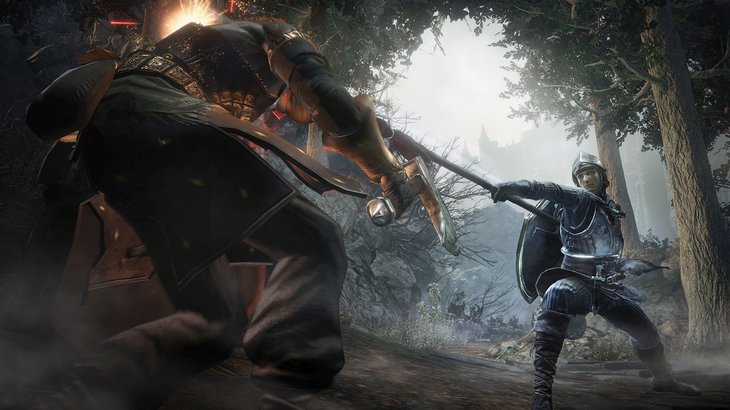 From Software And George R.R. Martin Might Have Collaborated

George R.R. Martin recently confirmed he consulted on an upcoming Japanese game, a game which may have been developed by Dark Souls developer From Software. 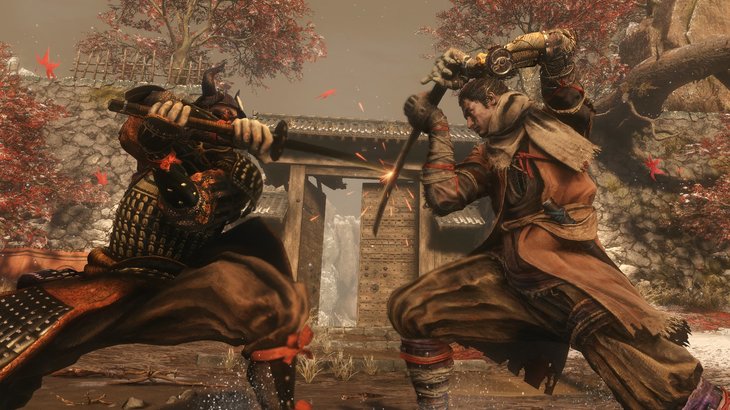 Sekiro: Shadows Die Twice is now just £30 on Xbox One

Cut down to size. 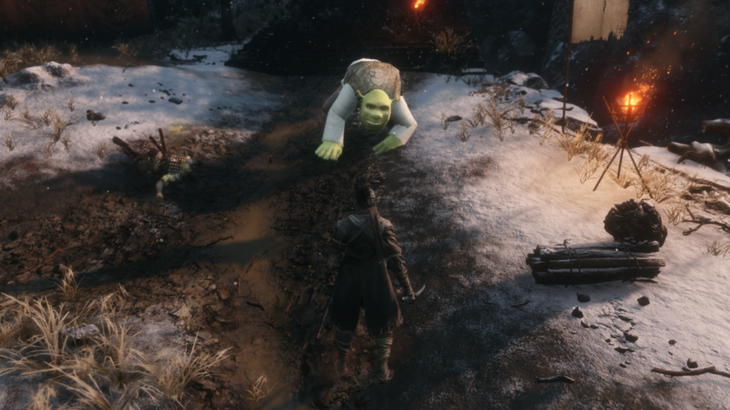 It’s Shrek. In Sekiro. Finally, we can all die.

I'm not sure where the hivemind is at re: Shrek, but I'm quite averse to him. Maybe as I age and attain greater emotional intelligence, I'll be able to deconstruct my ill-will towards Shrek. Is it the dopey smile? Is it his association with Smashmouth? Whatever the reason might be, I'm happy he's now modded into Sekiro as an enemy.Thanks to modders Dropoff and Katalash, you can now replace the chained ogre mini-boss with Shrek. It's quite well done, as you can see in the below embedded Tweet: 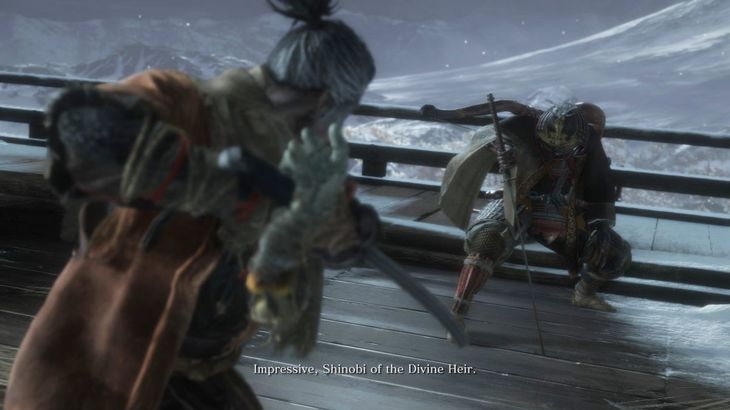 A few weeks ago, a purple swordsman bullied me relentlessly in Sekiro. Most players have probably met him: he's near the bamboo thicket slope idol in the Hirata Estate flashback sequence, not long before you fight Lady Butterfly. I was probably slightly too early in the game to take him on, but kept throwing myself at him all the same. At the end of a long evening of trying, I quit Sekiro in a huff, decided this was yet another From Software game I'd never crack, and prepared to move on to something less stressful. Except, I didn't quit Sekiro. I went back to the game a day later, and I persevered. This Sengoku period-infused grim setting—where the pervasive obsession with immortality is decaying everything—was too compelling for me to walk away from. I recently found that purple swordsman again and killed him the first time. He was a piece of piss. That's because I'd already beaten the game's Genichiro Ashina boss—and like a lot of players, I define my time with Sekiro as pre and post-Genichiro. He teaches you the game by kicking your ass over and over again. I understand things about the game now that I only thought I understood before that boss fight. It took me at least 30 attempts to beat him. I skipped that cutscene preceding the duel a lot.I imagine Genichiro Ashina is the biggest separation point for players who give up on the game and those who persevere to the finish. I'm far from done with Sekiro—I just beat Snake Eyes Shirahagi this morning in the Ashina Depths before work, and I haven't killed anything that requires Divine Confetti yet—but I can't see any further difficulty bumps making me give up at this point. The Guardian Ape took me four or five attempts to beat. Sub bosses that would've taken me tens of attempts before are now taking three or four tries. Instead of getting angry with enemies like I did with the purple swordsman, I just reconfigure and calmly try again. Genichiro Ashina, you broke my brain. But you saved me. 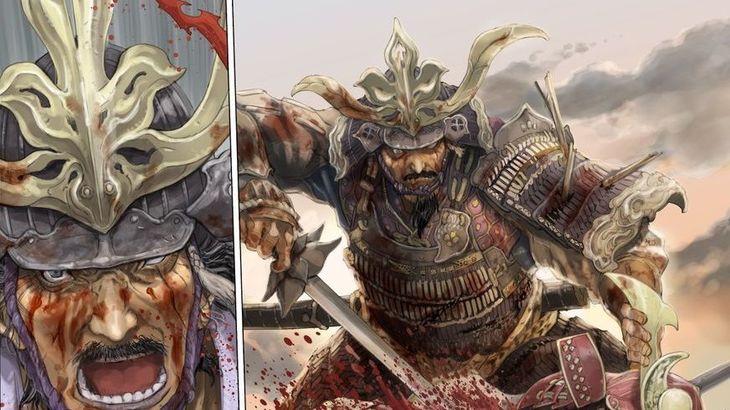 Sekiro: Shadows Die Twice is getting a manga spin-off

Sekiro: Shadows Die Twice's Hanbei the Undying is a handy NPC, sticking around to let you beat him up as you hone your skills. As his name suggests, he can deal with a lot of punishment. He's also the subject of a new spin-off Manga that's in the works, starting on May 27. Sekiro Gaiden: Shinazu Hanbei looks like it will fill in some of the cursed warrior's history, mostly with blood. Check out the extremely gory sample below. 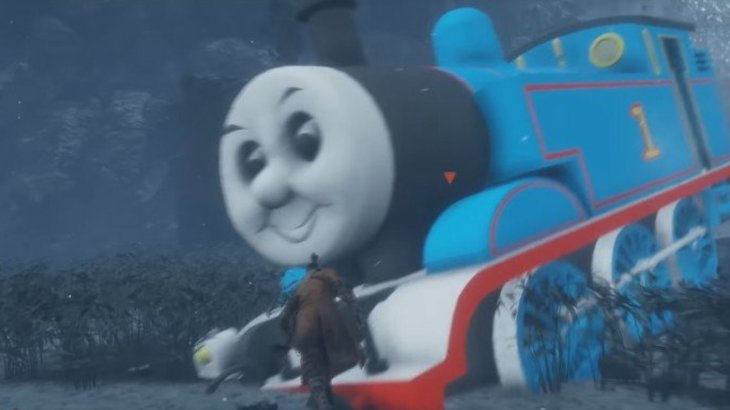 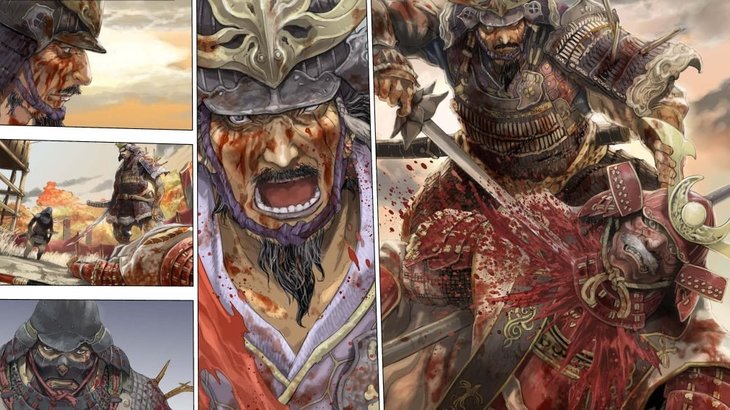 Sekiro: Shadows Die Twice is Getting a Manga Spinoff 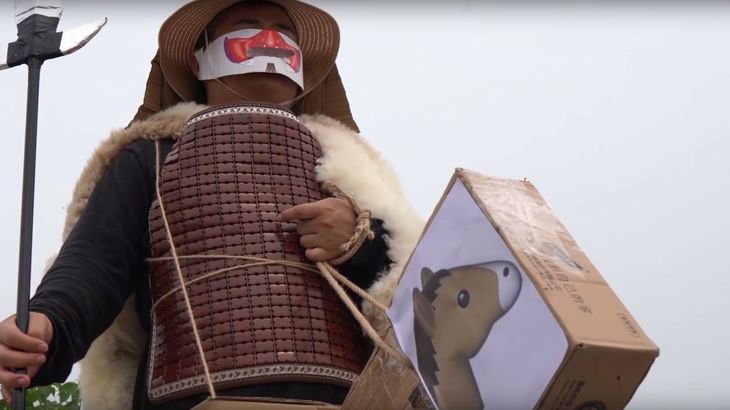 This Sekiro live-action parody video made my day

I'd love to know what passers-by would make of the sight of this bunch creating this video. It recreates a couple of Sekiro's outstanding boss fights and features an idol made of people. I love the attention to detail, like the state of the poor near-dead NPC, and the moment when Sekiro flexes as though the player has just tapped block while running around. Sekiro fights Lady Butterfly in what looks like an abandoned parking lot, and Gyoubu Oniwa rides a boxy horse, even managing to copy the boss' attack patterns.I award additional bonus points for real life Shinobi candy, and very good use of authentic Sekiro UI and sound effects.We're still obsessed with Sekiro: Shadows Die Twice. Samuel's Sekiro brain levelled up when he fought Genichiro, and I've been searching for more great mods for our best Sekiro mods roundup. If you want to know what all the fuss is about, check our our Sekiro: Shadows Die Twice review.Hat tip to boogie-verstan on Reddit. 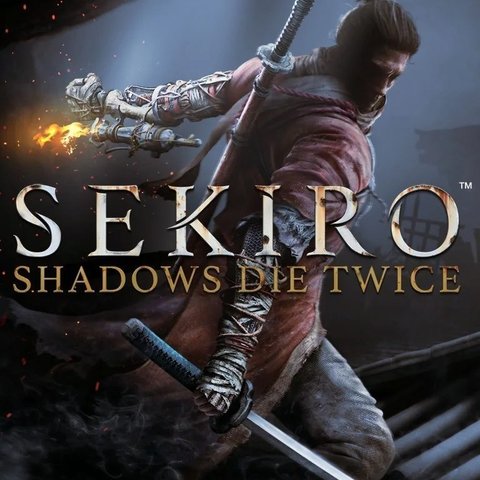 The game takes place in a re-imagined late 16th century Sengoku period Japan. At the end of the Sengoku era, warlord Isshin Ashina stages a bloody coup and seizes the land of Ashina. During this time, a nameless orphan is adopted by the wandering shinobi Owl, who names the orphan "Wolf". Twenty years later, the Ashina clan are on the brink of collapse due to a combination of the now elderly Isshin having fallen ill and the clan's enemies steadily closing in from all sides. Desperate to find a way to prevent the fall of his clan, Isshin's grandson Genichiro captures the Divine Heir Kuro, in hopes of using his "Dragon Heritage" to create an immortal army. 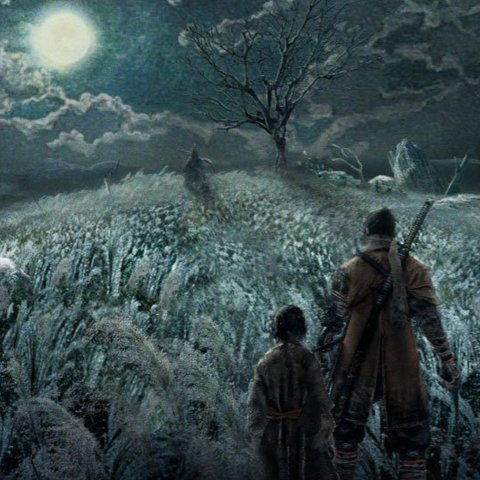 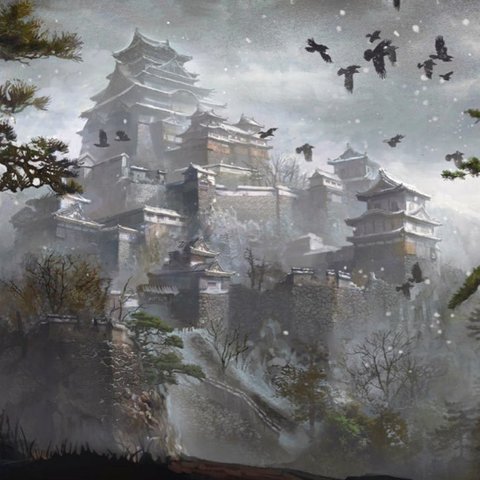 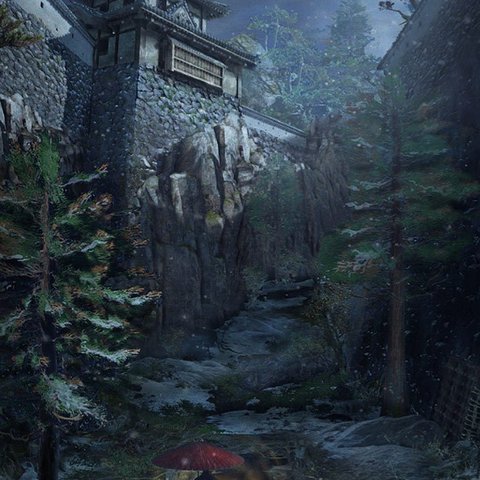 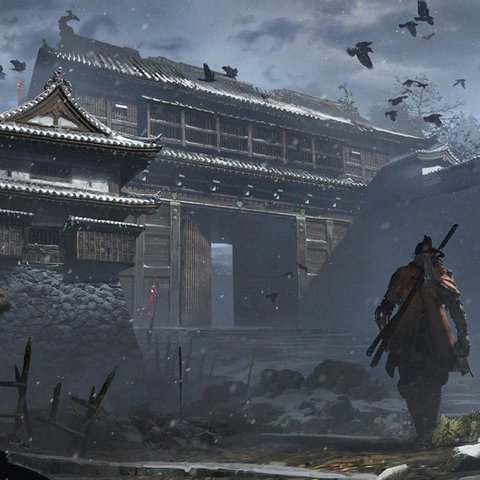 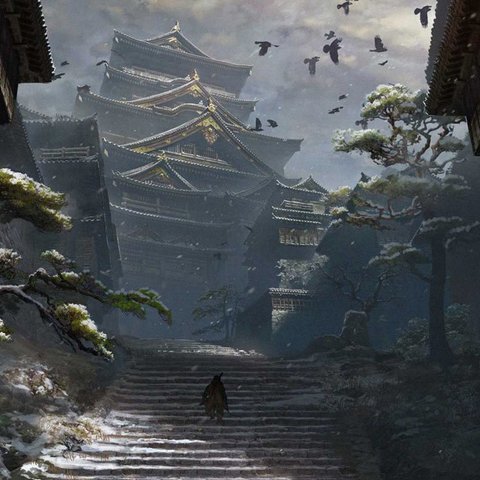 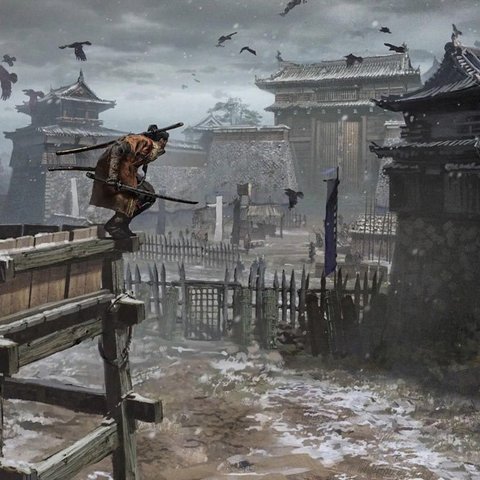 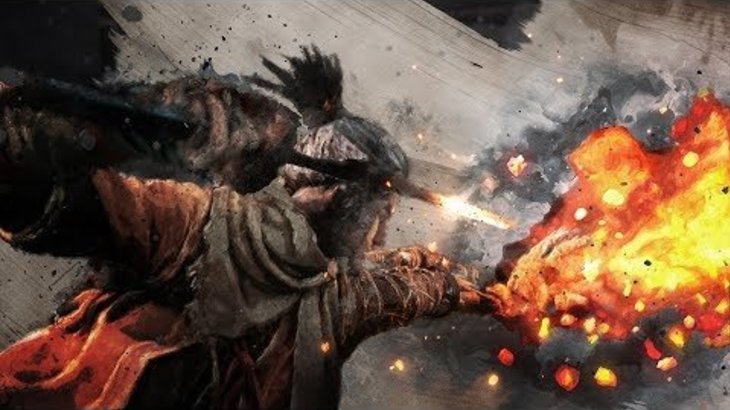